This is an expanded version - especially in terms of key messages for evaluation professionals - of a post that I wrote as part of a series this week for US Labour Day.

Do you know that every cup of coffee you drink in your favourite chain of coffee shops pushes a coffee farmer in the Global South deeper into poverty and despair? Most coffee farmers do not earn a living wage; many do not even break even. The ratio between what the farmer was paid and what the companies sold their coffee for in the 1970s was 1:3. Today, it is up to 1:20.

And the workers who make your jeans and T-shirts? Studies show that workers for some clothing supply chains controlled by transnational companies in the Global North (the economically rich countries) are being paid only half of what is needed to live a decent life. 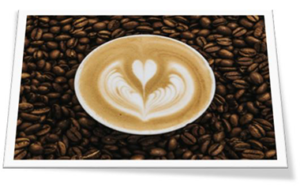 Of the 60 million garment industry workers worldwide, 80 percent are women. More than two billion people work in the informal economy, precariously surviving from one day to the next.

And what about the children? Nearly 170 million are child labourers.

Almost all such workers are in the Global South - that part of the world previously rather patronisingly called the “Third World” or “developing countries”. The Global South includes the roughly 6 billion people in the 140 low-income (per capita) economies that share similar economic and/or geopolitical positions in the global capitalist system - often a history of colonization and exploitation, as well as common strategic interests that play out on global platforms such as the G77+China.

Labour is the main and often sole asset of the poor. If wages show the value of labour, workers in the Global South are greatly undervalued and unfairly treated despite the efforts of the International Labour Organisation (ILO) to create “decent work for all”, as demanded in the Agenda 2030 with its Sustainable Development Goals.

This situation is systemic and largely engineered. It is the result of poverty which results in lack of choice, of local and international exploitation and corruption, of often instigated wars and ecological breakdown. The Global North-driven neoliberal agenda and "free trade" mantra has forced impoverished countries to open up too early to imports and exploitative foreign direct investment, undermining national innovation and development - while economically rich countries sometimes continued to protect their own, for example in agriculture where impoverished countries often could compete early on in their economic trajectory.

As a result, transnational corporations have built their spectacular profits and growth on the precarious labour conditions of workers far away, out of sight. Indeed, COVID-19 has laid bare the global supply chains through which such firms put pressure on price and supply along their entire length.

You may want to read more about this important matter in Jason Hickel’s well-known book, The Divide: A brief guide to global inequality and its solutions. Or if you do not want to read a whole book at this moment, you can get some quick insights from his own blog in the post Apartheid in the Global Governance System and in this  recent Twitter thread and article on how economically poor countries actually develop rich ones. Or you may enjoy this book by the renowned Cambridge economist Ha-Joon Chang, Bad Samaritans: The myth of free trade and the secret history of capitalism.

We are all interconnected, and per capita economically rich countries contribute massively to the undervaluing of the lives and labour of "the other" far away.

In the Global South, leaders in different sectors also often tacitly or even overtly encourage the exploitation of their people when it is not in the long-term national interest. We need nuance here too. There are times when low wages in economically poor countries are essential for a period to ensure jobs and international competitiveness - but this is justified only as part of a systematic long-term strategy to develop the society as a whole along a positive trajectory, as we have seen in the recent past with the fast development of certain countries in the Global South.

So, if you care about racism and needless, ruthless exploitation in your own country, you should also care about the same elsewhere.

And  more than that, you should care about your own country’s role in perpetuating such situations.

Other lessons to internalise

No evaluation that engages with labour issues in the Global South is simple. Nuanced assessments are essential, aware of interconnections and interdependencies, of power dynamics, of tensions between value systems and practical realities, and of the global political economy that often determines the destiny of societies.

The Blue Marble Evaluation principles can provide a very good backdrop for such assessments.

More than a decade ago I led an evaluation of a major national child labour initiative across five states in India (for those who do not know, five states in India consists of hundreds of millions of people). Government efforts to end child labour were thwarted time and again by domestic and international companies that used every possible legal and practical loophole to get around regulations. Alternative jobs were challenging to get and to create. So parents went along with companies as they had no alternative source of income – only their child whose labour had to keep a large family alive on her meagre income.

Without a comprehensive systems approach from local to global and especially at national level, providing decent labour in impoverished societies is near-impossible.

The ‘global’ really does influence the ‘local’ (and sometimes the other way around).

The mostly tiny fragments of intervention we call “projects” fail to address the systems and dynamics that influence the well-being of nations and communities. For example, over the past few decades the arm’s length contracts through which transnationals subcontract production to independent suppliers abroad, usually in the Global South, became the norm. Today, with the disruption of global supply chains by COVID-19, millions of workers are being laid off by local subcontractors, while impossibly rich transnational companies wash their hands of responsibility or compensation.

Power dynamics and asymmetries are everywhere, and should be part of every evaluation.

Global supply chains are the mechanisms through which firms put pressure on price and supply along their length. Due to competition for job-creating investments, governments in the Global South often cannot act effectively to protect their people even when they wish to do so. There are many examples internationally recorded where efforts to solicit more benefits for their populations landed leaders in the Global South in big trouble - sometimes deposed through a sudden coup or subjected to externally imposed economic misery. Much is known - sometimes through visible systems and developments, sometimes hidden from view - that demonstrates the highly asymmetric power relations and different perceptions of how power should be exercised that persist in the global economy.

So as a general rule, evaluations that fail to consider power dynamics from a systems perspective should not be seen as credible or useful.

We need to care beyond national borders and interests.

So to confirm my main message: the renewed interest and action in Black Lives Matter should inspire evaluation professionals to look equally keenly beyond their national interests - and view labour and related issues through the lens of transnational-to-local dynamics, very aware of the influence of societal values and power asymmetries on social justice within and between societies.