As evaluators we cannot afford to get caught up in narratives - usually devoid of nuance - that aim to create negative mental models of a certain society. This second and also the third post in this series will therefore put the spotlight on some of China's achievements and challenges, and on facts and arguments that are often ignored in public or scholarly discussions about the country. In the fourth and subsequent posts I will shift to how China achieved what it did, and what we can learn from their effort.

This second post is still about context only, not yet lessons - and concerns China’s efforts to roll back the well-known environmental destruction that accompanied its rapid development.

Food for Thought 1. When are undesirable trade-offs justified?

China's development trajectory presents a good example of the difficulties evaluators face when confronted with the obvious tensions between economic development and environmental concerns, and the strategic and values-driven decisions - or lack of decisions - that lead to undesirable trade-offs.

For decades, China's development was based on economic priorities at the cost of the environment. When China set out on its development path in the 1970s, environmental concerns were very low on the world's agenda; at that time and until quite recently very few countries - Bhutan comes to mind - could claim to have set an example for others. As it became the world's manufacturing powerhouse, rich countries outsourced their waste and pollution to China. It is likely that even Chinese decision-makers did not foresee the country's very rapid growth and the dire consequences for the environment. The result was inevitable.

It is therefore necessary to see things in perspective. And nuanced data help. China might be a top emitter of CO2 or greenhouse gases, but emissions per capita paint a very different picture. Here, North America, Australia and several countries in the Middle East stand out. On the list of greenhouse gas emissions per capita in 2012, China was far behind, in 52th place. It is likely to have improved its position since then.

This is in part why the climate negotiations leading up to the Paris Agreement were so challenging. The Global South, still developing economically, were asked to pay the same price as economically rich countries with many decades (even centuries) of no constraints on pollution.

In order to make informed judgments, evaluation specialists need to deal with trade-offs made in policies, plans and programmes. We need nuanced data and thinking as well as clarity about the values that underlie judgments about the merit of a trade-off. Today, we can hardly justify developing an economy at the cost of the environment. We know that, with the planet in peril, our societal and evaluative values have to reflect the need for balanced, sustainable development. Yet this becomes a much more complicated matter when dealing with the trade-offs that economically poor countries face when they have to ensure there is enough food on the table of their people.

A recent analysis of China’s progress towards sustainable land development highlights that in the face of environmental problems, “pragmatic and on-ground implementation has been key to China’s progress in sustainability”. The analysis highlights how China ensured mutual complementarity among programmes; combined long-term planning and short-term goals, with programmes focused on multiple objectives through a variety of strategies; and used adaptive management to revise and evolve the technical standards and methods of its programmes. I will address these aspects in later posts.

The notion of an ‘Ecological Civilization’

In a 2002 paper, Elisabeth Ferrero and Joe Holland recommended that the Principles of the Earth Charter also become the principles for an Ecological Planetary Civilization - embracing “a new cosmology which recalls that we are part of the Earth, and that what we do to the Earth we do to ourselves”.

David Korten writes that “in an Ecological Civilization, nature will have rights. People - as self-aware, choice making beings - will have both rights and responsibilities”. 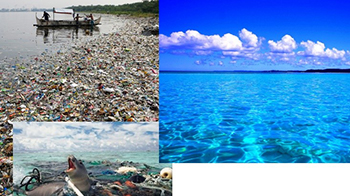 “We need a new economy - a living Earth economy - guided by a new economics grounded in a recognition of our essential nature as living beings born of and nurtured by a living Earth. These are basic truths affirmed by indigenous knowledge, Eastern philosophy, the mystical traditions of all major religions, the leading edge of modern science, and common sense.”

Food for Thought 2. Can an Ecological Civilization be created after such environmental destruction?

China is the only country to date that has made the notion of an Ecological Civilization a central theme in its national strategies in an effort to overcome the environmental destruction that accompanied its rapid economic growth. It is a beautiful concept. Can it be successful? The challenges are immense, but so is the effort.

At the 17th CPC Congress in 2007 the concept became part of its national strategy with the goal to form “an energy and resource efficient, environmentally friendly structure of industries, pattern of growth, and mode of consumption.” In 2012, constructing an Ecological Civilization was added to the CPC constitution on par with “economic, political, cultural and social progress”. A comprehensive national plan that included both theoretical studies and practical activities was outlined to advance the concept. In 2015, several reforms were announced to accelerate progress.

At the 19th National Congress of the CPC in October 2017, President Xi Jinping reinforced the 'Beautiful China' initiative: “Building an Ecological Civilization is vital to sustain the Chinese nation’s development.”

In a 2017 BRI document the CPC Central Committee and the State Council encouraged a green Belt and Road Initiative in order to "share the Ecological Civilization philosophy and achieve sustainable development". China has indeed been embarking on tighter environmental regulations for companies working internationally.

The intent to establish an Ecological Civilization is certainly there.

China has embarked on what some call “one of the most comprehensive sustainability action plans in history”. The ‘new normal’ for China is “environmentally-aware production, clean technology, higher wages and consolidated markets”. Major strides have been taken over the past decade despite significant difficulties and potential obstacles to success. Several articles published in 2018 summarise aspects of progress related to embedding relevant measures in policies and regulations (see also here).

Much still needs to be done given the scale of the trade-offs China made – intentionally or unintentionally – during its 40 year rise from desperate poverty to becoming an upper middle-income country. Challenges and failures are amplified by the obedient bullhorns of the inevitable detractors who believe that in China (but not elsewhere) everything should be perfect, or change overnight. So I highlight here some of the significant visible progress that tends to be underplayed in public narratives (see also here and here.

Jeremy Lent, author of the brilliant book, “The Patterning Instinct: A cultural history of humanity’s search for meaning”, points out that traditional Chinese culture was founded on a worldview that “perceived an intrinsic web of connection between humanity and nature”, and that early Chinese philosophers believed the purpose of life was to seek harmony, including with nature.

He notes:  “Is it possible that China can use this profound recognition of human interconnectedness, rooted deeply in its cultural tradition, to break the death-grip of a global system built on continually feeding the growth frenzy of gigantic transnational corporations? Could it pioneer a new ethic of sustainability as the philosophical basis for a true ecological civilization? The answer to these questions may ultimately affect the future well-being, not just of China, but of the entire human family.”

1 thought on “China’s Transformation, Part 2. Towards an ecological civilisation”